The Swedish Regulator MPRT has been commissioned by the Swedish government to review the conditions for commercial radio in the longer term (Ku 2021/01993). In dialogue with relevant actors, including the industry, the authority plans to analyse the need for any changes in the regulations for licensing with the aim of submitting a final report to the Ministry of Culture by December 2022.

Swedish Radio operates a multiplex covering 42% of the population in the capital of Stockholm as well as in Södertälje, Uppsala, Gothenburg, Malmö and Luleå.

Nordic Entertainment Group (NENT) also has a multiplex in operation covering Stockholm, Uppsala, Gävle. This multiplex was expanded in to Gothenburg and Malmö and now covers 43% of the population.

In November 2019, Swedish Radio submitted an application to the Ministry of Culture for a national DAB+ permit for the 2020-2025 period. With its current permit, the public broadcaster is authorised to broadcast digital radio in Stockholm, Gothenburg, Malmö and Norrbotten. As part of its new application, Swedish Radio has requested a nationwide permit for ten channels.

In February 2020, Bauer Media announced it would be launching DAB+ services in Sweden in the summer of 2020, with multiplexes launching in the cities of Stockholm, Gothenburg and Malmö.

Bauer Media broadcasts started in July 2020, and increased them in November 2020 with the launch of DAB+ services in Gotenburg and Malmo. Bauer Media's DAB services now cover 40% of the population, and are expected to reach 50% by the end of 2021.

The Swedish DAB network (mux 1) is operated by Teracom AB and covers the cities Stockholm, Södertälje, Uppsala, Enköping, Luleå, Malmö and Göteborg using a multi-frequency network on frequencies 12C and 12B. The coverage of mux 1 is currently 41.8% of the population or about 3 million people.

Mux 1 holds 8-10 regular and licensed services, all from Swedish Radio. All services in mux 1 are currently broadcast in DAB. All audio services hold DLS.

The Swedish DAB+ network (mux 2) is operated by Teracom AB under a specific test license and covers major cities Stockholm, Uppsala and Gävle using a multi-frequency network on frequencies 12C and 12D. Coverage reaches 27% of the population or about 2.5 million people. Mux 2 currently holds 9 pilot services from several major broadcasters (MTG radio and SBS radio), as well as some local community radios. All services in mux 2 are broadcasted in DAB+. All audio services hold DLS and SLS.

Mux1: 10 DAB+ audio channels from public service broadcaster Swedish Radio, including event channels that are only broadcast at specific months/weeks. In total there are 6-7 DAB services on air at any given time, one of which is simulcast on FM. Most of the other DAB+ channels are available online, but not broadcast on FM. All audio channels carry DLS and Slideshow. In addition, a trial version of TPEG is being broadcast.

The Swedish Broadcast Authority have announced licenses for commercial digital radio. A total of 25 stations have been awarded a license. 21 of which are national licenses and four are regional stations. 12 of the national stations are unique to digital radio and not broadcast on FM. The licensing allows for a significant increase in range of stations throughout Sweden.

Licenses will be valid from 2nd October 2014 until 30th September 2022 and broadcasting is to begin no later than 1st October 2015.

More information is available here. Private radio has asked for permission to delay the launch.

Feature of services on air in Sweden

“P4 Bjällerklang” is a pop-up station playing “the most beloved and popular Christmas songs” in both familiar and unexpected versions, around the clock on digital radio (DAB) and on the web. The channel exists in December and January and is now broadcasting for the fifth year in a row. This is a good example of a pop-up station that uses the flexibility of the DAB/DAB+ standard to meet occasional listener demands. 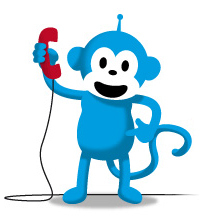 songs and children’s pop from all times”. The channel broadcast in DAB and on the web each day
from six o’clock in the morning till eight at night. Children and their parents know that when they want to listen to children’s programs, there is always something on.

27,000 of these units are dated from 2012 and onwards, i.e. capable of DAB+ decoding. In comparison the 15,000 units sold per year is almost 4% of the total sales in Home and Portable Audio segment.

Given the estimated 27,000 DAB+ units, the household penetration in Sweden today is appoximately 1%.

In 2009, pilot transmissions of DAB+ started and the coverage quickly reached 22% of the population with 16 trial services from public service radio, commercial radio and community local radio.

The Swedish Press, Radio and Television Authority MPRT has been commissioned by the Swedish government to review the conditions for commercial radio in the longer term (Ku 2021/01993). In dialogue with relevant actors, including the industry, the authority plans to analyse the need for any changes in the regulations for licensing.  According to the MPRT website, the review timeline is as follows:

Key features of digital radio regulation in Sweden are:

In October 2012, all major commercial broadcasters applied for a total of 22 licences in both national and regional VHF Band III networks. The licenses for digital commercial radio were valid from September 2, 2014 to September 20, 2022. All license holders requested suspension with the broadcast start and referred to the uncertainty about whether there is a transition from analogue to digital radio and when such a possible transition can occur. Bauer Media AB, NRJ Sweden AB and Norrköping Radio & Co AB requested further suspension with the launch. MPRT granted them suspension until January 1, 2020 and adjusted the condition of phase expansion. MRTV stated that there would be no requirements on bit rate per service. However, the maximum number of services per commercial multiplex would be 16. The commercial license holders were obliged to co-operate in technical matters including choice of network operator. Coverage requirements may be imposed to ensure that the digital broadcasts reach a certain proportion of the population within the broadcasting area.

The public service broadcaster, Swedish Radio (SR), got their license directly from the Government. The license period was six years valid until 31 December 2019 allowing Swedish Radio to broadcast digital radio using DAB/DAB+ in VHF Band III, but only to four regions in Sweden (Stockholm, Gothenburg, Malmo and Norrbotten) and with a maximum number of nine services (Stockholm and Norrbotten) or 10 (Gothenburg and Malmo).

Following the launch of regular DAB+ in Sweden, a website dedicated to DAB+ developments in Sweden was launched in August 2019 -  http://dabplus.se/

Sweden has an Emergency Warning System using FM/RDS (PTy31) to send an alert flag making it possible for receivers and transmitters to change audio to the emergency channel, Swedish Radios channel P4. It is not unlikely that this feature will be imposed on a digital system.

The Swedish Press, Radio and Television Authority (MPRT) has today - in two reports - presented its mission to the government on the conditions for commercial radio in the longer term. MPRT makes proposals for the future conditions for commercial radio and has mapped and analysed the development of digital radio in Europe and the market for digital radio in Sweden. The Authority believes that radio needs to be available on all platforms in order to be competitive in a digital media world. This gives radio the opportunity to develop content that suits the listener regardless of the platform the media consumer chooses to listen to. The Authority intends to announce additional space for digital commercial radio in 2023.

All DAB+ licences extended until 2026

The Swedish Press and Broadcasting Authority [Myndigheten för press, radio och tv / MPRT] has decided to extend all licences for commercial digital radio (DAB+). The licences, which were due to expire at the end of September, are therefore valid until 31 July 2026. All licence holders have applied for and received the extension, which is being implemented to synchronise the licence periods for analogue and digital commercial radio. Available space in the two DAB+ commercial networks, operated by Bauer and Viaplay, will be put out to tender by MPRT. The authority says that a timetable has not yet been set but that it expects the call to be made after the New Year.

While regional deployments are continuing in France and Switzerland is preparing to abandon FM for good in favour of digital radio, even though digital radio now accounts for more than half of all car radio listening there, several European countries are stepping up their initiatives... In Germany, a study shows that the DAB+ audience is younger on average than the radio audience. This is good news for the rejuvenation of the radio audience. In Sweden, the country has just transposed the European directive on DAB+ (obligation to integrate DAB+ into car receivers). Sweden was one of the last countries not to have transposed the directive in the EU.

Requirements for digital radio in Swedish cars have been introduced

Since 3 June, all new cars sold in Sweden with a car radio must be able to receive terrestrial digital radio, in practice DAB+. The rule has been written into the Vehicle Regulation as part of the implementation of the new European Code for Electronic Communications. The rule does not apply to vehicles that have been placed on the market before December 2020. Sweden is one of the last countries in the EU to implement the rule on DAB+ receivers in cars. The EU decided in November 2018 that the rule would be introduced by the member states on 20 December 2020. The government presented a consultation on the issue in September 2019, but the preparation for the Ministry of Infrastructure was not completed until this year.

Bauer Media has launched DAB+ digital radio broadcasts in Sweden's Gothenburg and Malmö. With this launch, Bauer's ten stations will be now be available to approximately 40% of the population.

Bauer Media Audio Sweden has chosen Paneda for its digital radio broadcasts in Sweden's metropolitan regions Stockholm, Gothenburg and Malmö. Earlier this year, Bauer Media revealed its plans to launch ten stations on DAB+ in these three cities, covering over 40% of the country's population.

Paneda has signed a contract with Telenor Norge AS, BMS (Broadcast and Media Services) for the national commercial DAB multiplexer system in Norway, which is now in full operation. This national multiplex is one of the world’s largest DAB networks with a total number of more than 220 transmitters which operates in SFN (Single Frequency Network) nationwide.

The agreement covers up to six complete DAB systems with encoders and multiplexers. Three of the systems are already in operation, and the others will follow by the end of the year.

Paneda has signed a contract with the national multiplexer and network operator RTI cz in Czech Republic. The contract includes DAB multiplexing and audio encoding as well as metadata systems.

Bauer Media has started DAB+ broadcasts on channel 12A in Sweden's capital, Stockholm. Bauer Media will initially broadcast seven channels on DAB+, a number that is set to increase to 10 in the near future. 35 percent of the population will be able to be reached by the broadcasts on 1 October, and 50 percent a year later.