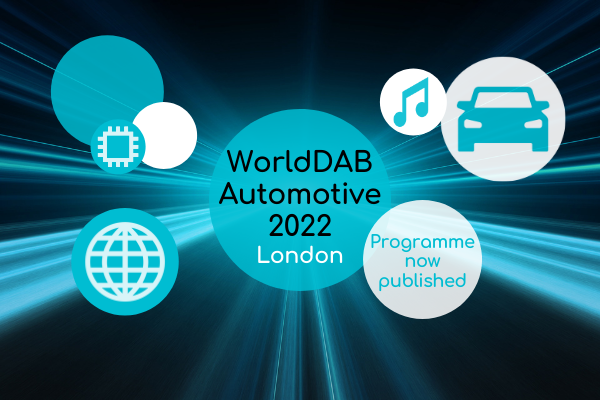 We've published the preliminary programme for this year's WorldDAB Automotive 2022 conference! Find out who's presenting to tell us about how radio is evolving in the connected car, and what they're doing to bring broadcast radio into the future. WorldDAB Automotive 2022 will take place in-person at the stunning canal-side Kings Place conference venue at King's Cross, right in the heart of London, AND online. Wednesday 22 June 2022, 09:30 - 15:30 BST. 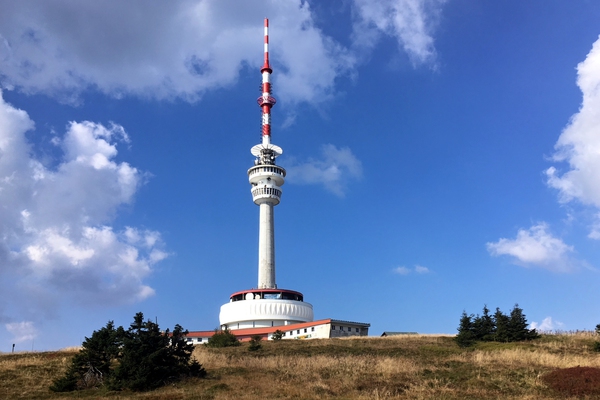 Frequencies for commercial DAB+ networks in Czech Republic next year

The Czech Telecommunication Office is ready to allocate frequencies for the operation of regular DAB+ commercial networks in 2023, after consultations with interested parties. The inspection body stated this in the current Monthly Monitoring Report. The date is associated with the 100th anniversary of radio broadcasting in what was then Czechoslovakia, which falls on May 18, 2023. 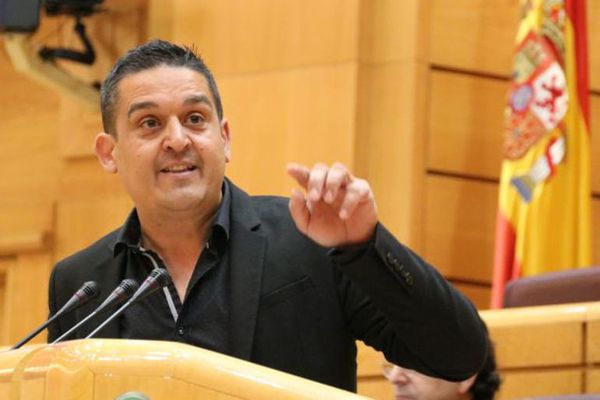 Compromís senator Carles Mulet announced that the Valencian coalition has tabled an amendment to the General Telecommunications Law to include the implementation of digital terrestrial radio DAB+ saying, "we are far behind in not digitising radio as in other countries around us". He recalled that in Europe all new vehicles are required to incorporate digital terrestrial broadcast receivers.

Digital radio to feature at Digimedia 2022 event in Czech Republic

On 1 June, representatives of the public broadcaster Czech Radio, commercial radio stations, the Association of Private Broadcasting Operators (APSV), DAB+ digital radio network operators and analogue FM transmitters and the market regulator, the Czech Telecommunication Office will meet in the Czech Television Congress Hall in Prague's Kavčíhory Mountains. They will discuss the introduction of terrestrial digital radio broadcasting in the DAB + standard, and other radio issues such as measuring listening.

DAB+ in Lower Saxony: Better reception in the Heide district

NDR radio stations - including digital-only services NDR Schlager, NDR Blue and NDR Info Spezial - can now be received even better around Nienburg/Weser via DAB+ digital radio. NDR is putting another DAB+ transmitter into operation near Linsburg, which supplies the region between Hodenhagen, Schwarmstedt, Wunstorf, Uchte, Sulingen and Bruchhausen-Vilsen. The last reception holes on the B6 road between Hanover and Bremen will be closed at the same time.

The new CEO of Commercial Radio Australia, Ford Ennals, discusses his new role leading one of the most dynamic and advanced markets in the world. "In Australia, digital listening is growing strongly both from DAB and online radio streaming," Ennals says. "DAB broadcasting has achieved critical mass and provides a key enhancement of the radio listener proposition across the Metro markets. DAB is also now available in five regional markets, with Australia’s sixth largest city, the Gold Coast, rolling out in April."

DAB+ expansion in Bavaria in 2022 with six new locations

Xperi's DTS and ARD have announced the integration of the ARD broadcasters into DTS AutoStage. Said Alexander Sasse at ARD, “We are looking forward to integrating with partners to help our broadcasters meet the needs of our listeners in the rapidly evolving connected vehicle landscape". Said Joe D’Angelo at Xperi, “We know that providing the digital dashboard’s best content and maintaining editorial control is critical to broadcasters, and our system has been designed to facilitate just this. Keeping radio front, centre and aggressively competitive in the dash is key to our platform.”

The Norwegian Media Authority allocates NOK 8.2 million (EUR 0.83m) in support to local radio, of which NOK 4.4 million (EUR 0.44m) will be used to cover the expenses that local radio stations have to broadcast on DAB. "Local radios have tight finances. This support contributes to local radio being able to offer its programme content on DAB," says Hanne Nistad Sekkelsten, director of the legal and regulatory department at the Norwegian Media Authority.

Listeners across the UK from Warrington to Wrexham will soon be able to tune into a wider choice of ultra-local digital radio stations, with Ofcom awarding 17 small-scale DAB radio multiplex licences in north-west England and north-east Wales. Ofcom's roll-out of small-scale DAB will enable the launch of around 200 multiplexes, covering all four UK nations. Today’s awards bring the total number of multiplex licences awarded to 42. Ofcom has also published the 32 applications it has received for the third round of licence advertisements, covering a further 20 areas across England, Northern Ireland, Wales and Scotland.

DAB+ in Brandenburg: Better reception thanks to a new transmitter

The Petkus transmitter is now on-air covering the Brandenburg region of northern Germany. Distribution via DAB+ is around a third more economical than via FM due to the significantly lower power consumption per radio station. Listeners benefit from the high sound quality, a large selection of stations and numerous additional services. Deutschlandradio director Stefan Raue: “Due to the frequency bottleneck in the transmitter network, we only achieve coverage of around 70% via FM with Deutschlandfunk, and with Deutschlandfunk Kultur it is only 52%. The DAB+ expansion stands for the aim of making our information and cultural offerings freely accessible to many people in rural areas as well.”

Deutschlandradio is continuing to drive the digitisation of radio broadcasting forward. The Uelzen transmitter is now operational. With the first nationwide multiplex, DAB+ listeners in the district of Uelzen can look forward to 13 new radio stations in digital quality. In addition to Deutschlandfunk, Deutschlandfunk Kultur, Deutschlandfunk Nova and the digital channel Deutschlandfunk Documents and Debates, the station package includes a further nine private radio providers.