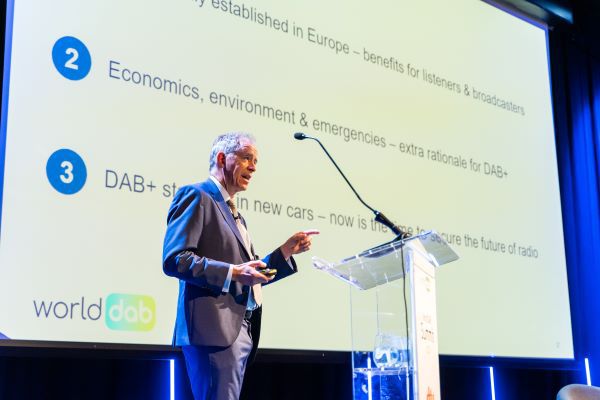 “Economics, environment and emergencies” lead the way for DAB+ development

Three E’s — economics, environment and emergencies — will drive the case for DAB+ adoption, said WorldDAB President, Patrick Hannon, opening the organisation’s annual Summit in London on Thursday. “DAB+ offers lower costs of distribution than FM, coupled with lower energy requirements, and greater resilience in emergencies, especially out of home,” said Hannon. “It’s essential to protect the core benefits of broadcast radio - it’s free to air, universal and reliable in emergencies. DAB+ is key to securing this,” he added. 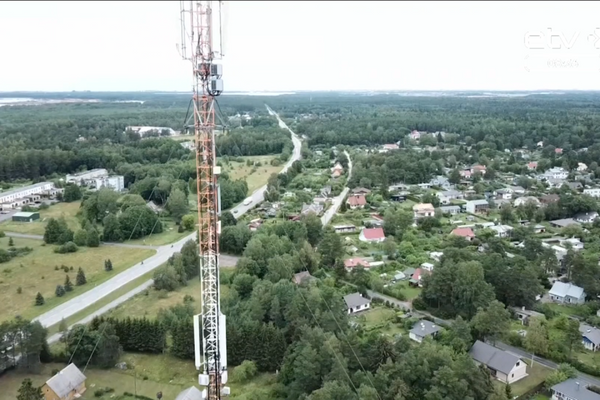 Digital radio, or DAB, which has been in use alongside FM frequencies in other European countries for years, may also reach the Estonian market in a few years, if the trials that will begin in the near future prove successful. Levira will start preparing for the trial in December and the trial period is planned to last nine months to allow for all weather conditions. One of the special features of digital radio is that several programmes can be broadcast on a single transmitter instead of the current one. That's why Levira wants to test the capabilities of digital radio with one transmitter, or 12 stations, said Kristo Kaasan, the company's technology and IT director. 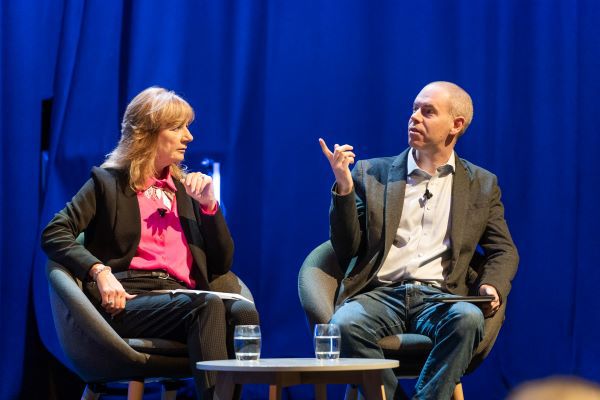 The future of radio in the car was a key focus of this year’s WorldDAB Summit in London on Nov. 17. Speakers emphasized the need for continued collaboration between the radio and automotive sectors to ensure radio’s continued dominance of in-car audio and to optimize the listener experience. Diana Franganillo from Strategy Analytics said that “radio remains royalty” in the car. To strengthen this position and remain relevant, Franganillo advised providing content for younger listeners as the next generation of car buyers, synergizing with other services to provide a holistic user experience for drivers and remaining alert and creative to the advent of autonomous vehicles.

DAB+: from 20 to 120 stations in 40 years in French-speaking Switzerland

With the launch of DAB+ in Switzerland, the Federal Council wanted to diversify the range of radio stations in Switzerland. The objective has been achieved in quantitative terms. But what are the prospects for the various radio genres? What are the opportunities and risks for each of them? These questions will be addressed at the next Atelier Radiophonique Romand, which will take place on 10 February at the University of Neuchâtel.

On Thursday 24 November, Czech Radio launched digital broadcasting from eight new DAB+ transmitters of Czech Radio in Bohemia and Moravia. One transmitter is of higher power: Hodonín - Babí lom and seven transmitters of lower power. "The aim of this phase of the DAB+ network expansion is to improve indoor reception, so-called indoor coverage. The use of single-frequency networks allows us to significantly improve reception conditions even using low-power transmitters located as close as possible to residential buildings. We will gradually continue in this way in the coming years," said Karel Zýka, Director of Technology and Administration at Czech Radio.

The CEO and managing director of HT&E, Ciaran Davis, has been announced as the new chair of industry body Commercial Radio & Audio (CRA). Mr Davis takes over from SCA CEO Grant Blackley, who has stepped down as chair after four years in the role but remains on the CRA Board. CRA represents 260 commercial radio stations across Australia, with members including Australian Radio Network (ARN), SCA, NOVA Entertainment, Nine Radio, ACE Radio Broadcasters and Super Radio Network.

In Caen, Station B is now broadcasting on DAB+

A new adventure for the Studio B production team: its volunteers have just created a new radio station. No more FM: Station B, the name of this new channel, has chosen to jump on the DAB+ bandwagon, the digital terrestrial radio. This means better broadcast quality and free access without the need for an internet connection. At present, Station B broadcasts from the Venoix neighbourhood centre in Caen (Calvados).

089Kult switched on with first tests on DAB+

On 1 December, the Munich radio station Gong 96.3 launches its already announced second station via DAB+ and online. The station, which initially operated under the working title "Gong Kult", will now go on air as 089Kult. The programme will focus on cult hits in terms of music and will also pick up on current cultural topics from Munich. As of today, the station can be heard on the Munich multiplex on channel 11C with initial tests.

The Consumer Protection and Technical Surveillance Authority (CTA) announces that it has recently finalised a common set of principles for testing digital radio, which will allow market players to test the new technology until the end of 2023. "One of the TTJA's objectives for the coming year is to create the necessary technical conditions for the development of digital radio. To enable today's market players to test the new technology, as a first step, we have drawn up common principles for testing digital radio and are preparing suitable frequencies for testing in the 174-230 MHz band," said Oliver Gailan, Head of the Communications Department. The trial period will run until the end of 2023.

CADA continues its mission to bring Australians closer to the music and the action, with a showstopping headline event on November 30, 2022. The Hip Hop and R&B station is broadcasting live from Melbourne at ALWAYS LIVE, Victoria’s state-wide celebration of live music, supported by the Victorian Government. Kat Tamayo, Head of Marketing at CADA says, “Now that CADA is available in Melbourne on DAB+, our listener and follower base in the region continues to grow. It was only right for us to have boots on ground to give fans the opportunity to experience our shows and talent in real life.”

Switching off FM in Norway and, soon, Switzerland

In 2017, Norway switched off its FM radio services, compelling Norwegians to tune to DAB+. In 2024, Switzerland is set to switch off its own FM services, forcing the Swiss to use DAB+ for over-the-air radio too. The impact of these “FM switch-offs” on domestic commercial radio was examined during the WorldDAB Summit 2022. It was held by WorldDAB, the global industry forum for DAB digital radio, at London’s King Place and online on Nov. 17. In a session entitled, “Norway 5 years on and Switzerland 2024,” Digital Radio Norway CEO Ole Jørgen Torvmark asked Norway’s Kenneth Andresen (VP/Head of Radio at Viaplay Group aka P4 Group) and Switzerland’s Nicola Bomio (Head of Radio with CH Media Entertainment) for commercial radio’s take on replacing FM/analog radio with DAB+/digital radio.

"DAB+ offers lower distribution costs than FM, uses less energy to broadcast and is more resilient for broadcasting alerts, especially outdoors," said Patrick Hannon. "It is essential to protect the key benefits of broadcasting - it is free, universal and reliable in an emergency. DAB+ is the guarantor of the sustainability of these attributes," he added.

The NDR has switched on two more DAB+ filler transmitters in Lower Saxony relatively unnoticed in recent weeks. These are the locations Wolfsburg (channel 6C - regional network Braunschweig) and Celle-Stadt (channel 7A - regional network Hannover). The transmitting power is a relatively low 100 and 200 watts respectively. Network expansion also continues in Bavaria. On 4 November, BR switched on the sites in Pegnitz (Upper Franconia) and Fuchsmühl (Upper Palatinate). On 11 November, the transmitter for Neustadt am Main (Lower Franconia) went on air, followed by a transmitter in Schweinfurt (Lower Franconia).